Here’s a list of highly unique-looking species of birds. 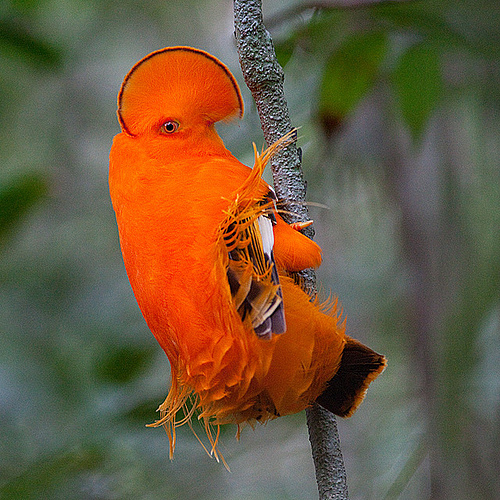 The Guianan Cock-of-the-Rock (Rupicola rupicola) is a brightly-colored bird with a unique half-moon crest which is used as a competitive display to attract females. One thing extraordinary about this bird is its coloration; the bill, legs, feathers is all orange. Not only that, even the bird’s skin is also orange. 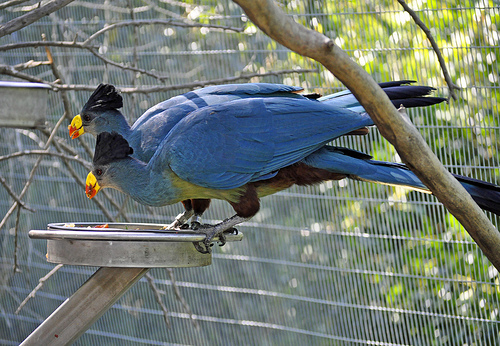 Look at the head of this bird, it’s simply amazing. And take a look at its bill too- it’s simply adorable. This unique looking bird, commonly known as Great Blue Turaco (Corythaeola cristata), is the largest Turaco that can grow up to 75 cm long and can weigh over I kg. This lovely-looking bird is actively hunted for its meat and feathers. The bird can be found in the Democratic Republic of Congo. 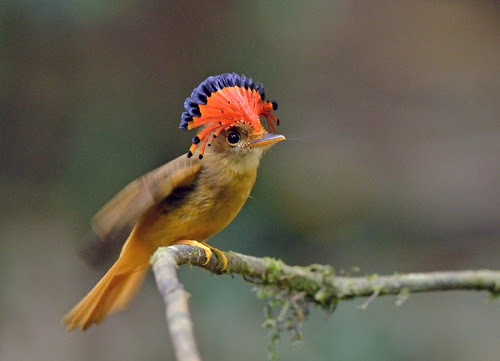 Although the Northern Royal Flycatcher (Onychorhynchus mexicanus) is just a small bird species, its appearance is striking for its erectile fan-shaped crest. Male and female Royal Flycatcher can be determined by the color of its crest – red for male and orange for female. This pretty and cool-looking bird can be found in Mexico and other Central and South American countries. 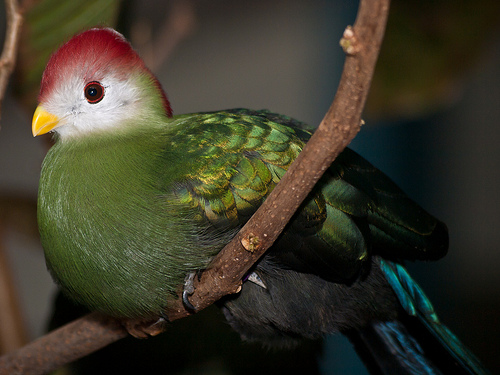 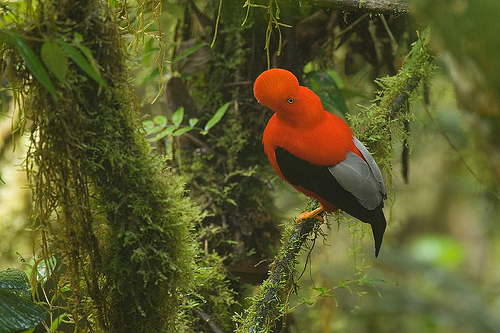 The Andean Cock-of-the-rock (Rupicola peruvianus) is a unique-looking bird and is the national bird of Peru. The bird, as its name implies, is native to the Andes Mountains in South America. It is unusual in appearance for the large disk-like crest and scarlet or brilliant orange plumage in males while the female is significantly darker and browner.

The male is a good lover, but a very poor father. He’ll do anything to attract the female, but after mating he leaves everything to the female. The female builds the nest, hatch the eggs and take care of the young birds all by herself. 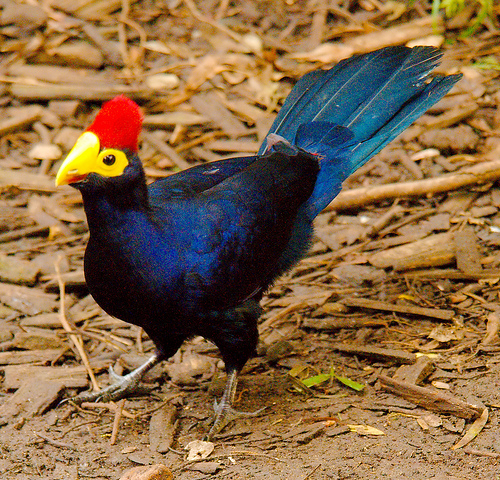 Ross’s Turaco (Musophaga rossae) is a cool—looking African bird with bluish-purple color. It can be found in Cameroon, Rwanda, Zambia and other African countries. This lovely bird is a common pet bird, although not as popular as the Violet Turaco. It is also commonly known as Lady Ross’ Turaco.

The Tufted Puffin (Fratercula cirrhata) is a unique-looking seabird that can be found throughout the North Pacific Ocean. This puffin species is remarkable for its thick red bill and yellow tufts (although it doesn’t look like yellow in the above photo). This medium-sized bird can grow up to 35 cm in length or more and has a wingspan of similar length. 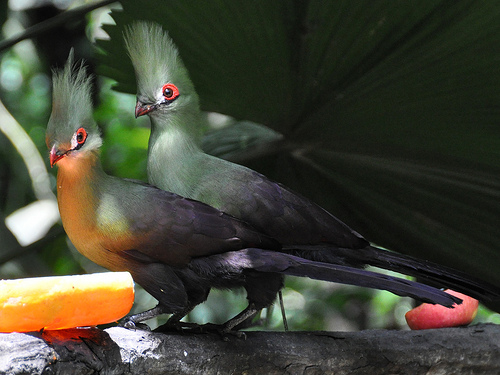 The Livingstone’s Turaco (Tauraco livingstonii), an African bird with a crest, is perhaps named after the famous David Livingstone. This bird can be found in South Africa, Malawi, Burundi and other African countries. 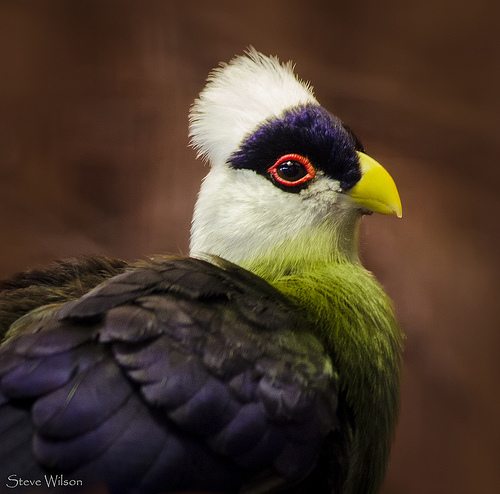 The White-crested Turaco (Tauraco leucolophus), a unique and colorful bird of the near-passerine group, is native to Nigeria and Kenya. This blue-colored bird with white crest inhabits riverine forests and woodlands. 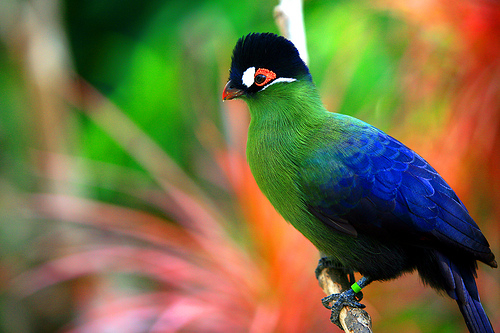 The Hartlaub’s Turaco (Tauraco hartlaubi) is a colorful bird species of Kenya, Uganda and Tanzania. It is easily recognizable for its black colored crest and for the white spots on its face. 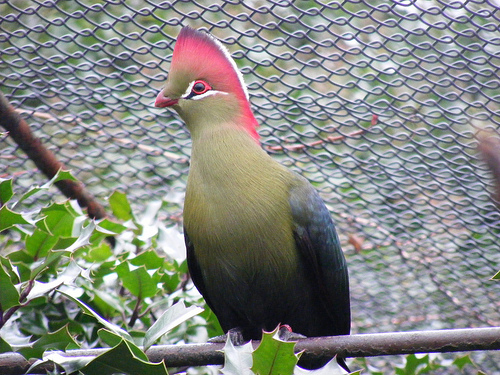 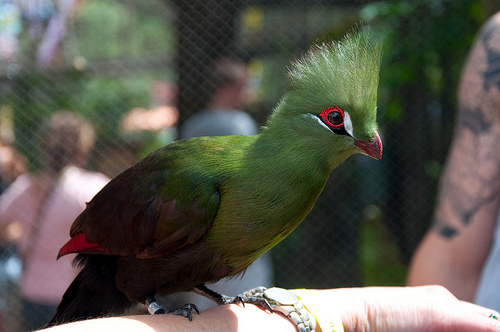 This colorful and peculiar-looking turaco species is commonly known as the White-cheeked Turaco (Tauraco leucotis). This African bird that belongs to the Musophagidae family can be found in Ethiopia, Eritrea and Sudan.