The greatest reliable age recorded for a snake in captivity is 40 years 3 months 14 days for a male Common boa (Boa constrictor) named Popeye, who died at Philadelphia Zoo, Pennsylvania, USA, on 15 April 1977. 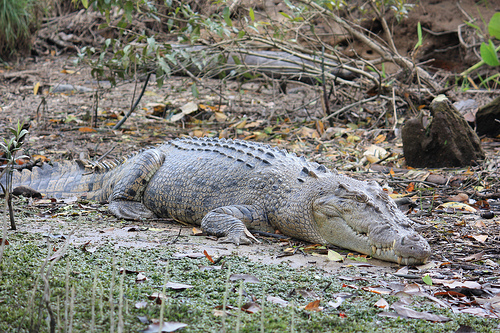 The estuarine, or Saltwater Crocodile (Crocodylus porosus) is found throughout the tropical regions of Asia and the Pacific. The Bhitarkanika Wildlife Sanctuary in Orissa State, India, houses four crocs measuring more than 6 m (19 ft 8 in) in length, the largest being over several authenticated reports of specimens up to 10 m (33 ft) in length. Adult males average 4.2-4.8 m (14-16 ft) in length and weigh about 408-520 kg (900-1,150 lb).

The Dwarf Caiman (Paleosuchus palpebrosus) of northern South America is the smallest crocodilian in the world today. Females rarely exceed a length of 1.2 m (4ft) and males rarely grow to more than 1.5 m (4 ft 11 in).

There are only two species of tuatara, both of which are found exclusively in the islands off the main coast of New Zealand. Of the two, the greatly endangered Brothers Island Tuatara (Sphenodon guntheri) is the largest. It can measure (2 ft 6 in) long and have a maximum weight of 1.4 kg (3 lb 1 oz).

Until it was rediscovered in 1990, the Jamaican Iguana (Cyclura collie) was thought to be extinct. With no more than 100 adult specimens located since 1990, the species is considered critically endangered and it is clinging to survival in southern Jamaica’s remote Hellshire Hills-the only sizeable area of dry forest remaining on the island.

The venom of a single bite from the King Cobra (Ophiophagus Hannah), found in Southeast Asia and India, is enough to kill an elephant, or 20 people. What’s more, it can grow to 3.65-4.5m (12-15ft) in length and can stand tall enough to look an adult human in the eye. 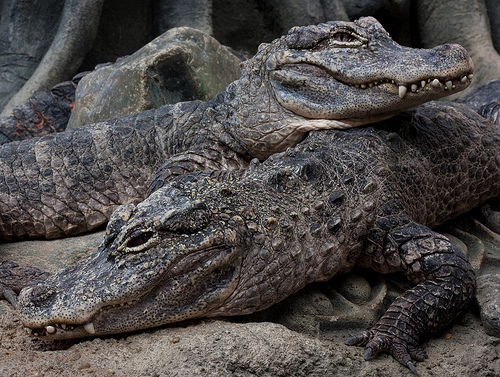 There were fewer than 200 Chinese alligators (Alligator sinensis) living in the wild in 2002. Found in the lower parts of the Yangtze River in wetlands, the species can grow 10 2 m (6 ft 6 in) and weigh 40 kg (88 lb). Their numbers have dwindled over time due to habitat destruction and killing by local farmers.